Industry Must Fulfill Promises to Adopt Effective Standards and Policies or Face Regulation
The recent New Zealand attacks have once again made clear that the tech industry’s preferred paradigm of self-regulation has failed. Tech companies have been unable or unwilling to establish clear standards of what constitutes impermissible extremist and terrorist material, or deploy adequate tools to quickly and completely remove such content.

The Coalition for Nuclear Disarmament and Peace (CNDP) takes serious note of the dramatic declaration of the Indian Prime Minister, on March 27, early afternoon, claiming, in a nationally televised address, successful testing of an ASAT missile by way of destroying an Indian military Low Earth Orbit (LEO) satellite at an altitude of almost 300 kms, over the Bay of Bengal.

Any measure of annexation is based on the extension of a military’s boots. Diplomats tend to be silenced before the noise of tanks, weaponry and garrisons. Countries may claim to possess territory but can only dream in the absence of military weight. When it came to the issue of negotiating the post-World War II agreements, Generalissimo Joseph Stalin of the Soviet Union had a clear sense of this in charting out Soviet influence in east European states. Israel also bullied its way into recognition, making sure that it acquired, at various stages, the Sinai (since relinquished), the West Bank, Gaza and the Golan Heights.

On March 19, 2019, a Kuwaiti court sentenced reformist journalist ‘Abdallah Al-Hadlaq to three years in prison for offending the Shi’ites and “fanning controversies among the sectors of society,” i.e., between Sunnis and Shi’ites in Kuwait. Al-Hadlaq was prosecuted for two tweets he posted in August 2018, in which he wrote that Imam ‘Ali bin Abi Talib – considered by Shi’ites to be the rightful heir of the Prophet Muhammad – and his sons had caused the Sunni-Shi’ite divide in Islam and that ‘Ali bin Abi Talib had deliberately delayed swearing loyalty to the first caliph, Abu Bakr.[1]

20 years have passed since NATO bombed Yugoslavia for 78 days. The air campaign with at least 900 bombing sorties again announced imperialist power – destroy everything to loot. It was an act of aggression against Yugoslavia, deny the country’s sovereignty and integrity, and violently carve away Kosovo for creating an imperialist enclave.

During the period of 17 September to 11 December of 2016, the United States and its allies carried out a massive operation to move ISIS’s surviving jihadists who were in the oil-producing Iraqi region of Mosul, into the Syrian oil-producing region of Deir Ezzor and Palmyra.

Save for the conflict’s opening salvos in the middle of 2014, the Libyan Civil War has largely been contained to pockets of violence. Prolonged battles decimated cities such as Benghazi, Derna, and Sirte, but the majority of the country has been spared large-scale destruction.

The expression “academic prostitution” appears abusive. It either conveys an apparently arbitrary disrespect to certain academics by comparing them to prostitutes, or conversely appears to equate sexual prostitution, – an honorable, if hazardous, occupation – with intellectual prostitution, a definitely dishonorable one. 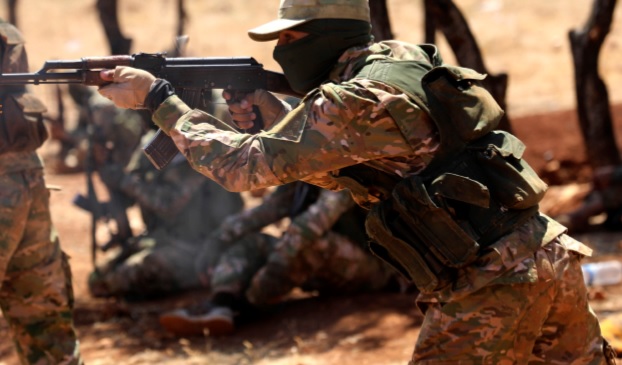 Ever since Egyptian President Abdel Fatah Al-Sisi came to power, the Egyptian regime has maintained a tough policy and an aggressive stance toward its opponents among social activists and journalists,[1] and mainly toward the Muslim Brotherhood (MB) organization. In line with this policy, the MB has been designated a terror organization and outlawed, and many of its members have been arrested on charges of planning and involvement in terror attacks. In September 2018, death sentences were handed down for 75 members of the organization convicted of planning terror attacks and participating in demonstrations adjacent to the Rabi’a Al-Adawiya Mosque.[2] Subsequently, in February 2019, official Egyptian media reported on the execution of 15 MB members for involvement in the 2015 assassination of public prosecutor Hisham Barakat, the 2014 murder of the son of a judge, and the 2013 murder of a high-ranking police official.