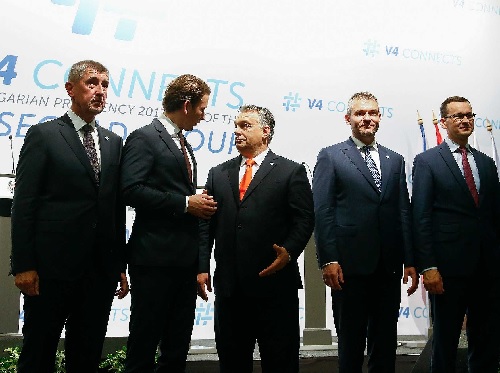 Today, 510 million Europeans live in the European Union with 1.3 billion Africans facing them. If the Africans follow the example of other parts of the developing world, such as the Mexicans in the US, “in thirty years… Europe will have between 150 and 200 million Afro-Europeans, compared with 9 million today”. Smith calls this scenario “Eurafrique”.

The controversial quota system for migrants has already failed. The European Court of Human Rights condemned Hungary for detaining migrants. European governments cannot stop, deport, arrest or repatriate the migrants. What do the authorities in Brussels suggest? Bring everyone to Europe?

French Jews have fallen victim to a form of ethnic cleansing, according to a manifesto signed by, among others, former French President Nicholas Sarkozy and former French Prime Minister Manuel Valls.

On October 24, The Soufan Center and The Global Strategy Network released the collaborative report “Beyond the Caliphate: Foreign Fighters and the Threat of Returnees” on the global threat posed by Islamic State foreign fighters returning from Iraq and Syria. According to the report, at least 5,600 men, women and children from 33 countries have already returned home. Returnees have varying reasons for going home, but all represent a major security concern for countries of origin, residence, and even third-countries. Globally, states have yet to find adequate ways to address the threat of returnees, the report says. Women and children represent a more difficult subset for states.

The Beyond the Caliphate report also draws on a manual, Responses to returnees: Foreign terrorist fighters and their families, issued by the Radicalisation Awareness Network (RAN) in July 2017. The manual outlines practical responses for states to address foreign fighters and their families returning from conflict zones in Iraq and Syria. The following are excerpts from both the reports.